The Alpha Nu Omega Alumni Association is organized primarily for education and scholarship purposes as provided for under Section 501(c)(3) of the Internal Revenue Code. The Alumni Association provides scholarships to active members of the fraternity. An endowment fund has been created to assist the organization with long term funding of these programs. Recipients are selected on the basis of academic success, fraternity participation (fraternity and campus/community service) and need. The emphasis of these selection criteria varies with each award program.

Three separate scholarships have been created:

The Daryl B. Knodt Memorial Scholarship
In the years that followed, alumni became increasingly sensitive to the extra efforts of some Alphas who have worked hard for the fraternity and were in need of financial assistance to continue their efforts. This scholarship was added in 1978 with an emphasis on fraternity participation and need. The scholarship was named for Daryl Brooks Knodt, a very active and loyal member of Alpha who died in a car accident on December 21, 1968. Brooks was a former president of Alpha and beloved brother. His contributions to the fraternity have been memorialized by the establishment of the Daryl B. Knodt Memorial Scholarship.

The Warren F. Orrick Memorial Scholarship
During the 1960s, Alphas were often involved in many fraternity, school and community activities. One of the more active was Warren "Butch" Orrick. Always eager, Butch provided the motivation (and often the "place") for the next event. Butch died on July 14, 1990. In respect for Butch's high level of participation and academic success, the Warren F. Orrick Memorial Scholarship has been created. 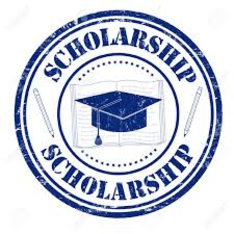 We are pleased to report our scholarship recipients for 2019-20.  Interviews were conducted at the UMD Darland Administration Building by a scholarship panel consisting of Alpha Scholarship Chairman Tom Kraus, Alpha Alumni President Mike Dean, Dennis Johnson, and representatives from UMD.  Awards have been awarded to the following recipients: